Equity and inclusion coordinator Kiyaana Cox-Jones’ teacher training is exactly that — and not intended to be passed along to children, he’d said.

But an apparent equity assignment was given to Georgie D. Tyler Middle School students this September.

Students in Claudia Amaya’s Introduction to Spanish I course were asked to fill out a form that asked them to describe impacts to their personal health, identity and how they could “help fix, stay safe or be an ally” for issues including climate change, clean drinking water, bullying, police brutality, discrimination, inequitable education, poverty, pollution and ICE raids — referring to the acronym for the federal Immigration and Customs Enforcement agency.

The assignment, according to IWCS spokeswoman Lynn Briggs, was ungraded and used in conjunction with a lesson “promoting community in the classroom” taken from the website Edutopia.org. The form was part of a 2019 article published on this website titled “Creating a Learning Environment Where All Kids Feel Valued,” by physical education and computer science teacher Shana V. White.

“Normally, I do the usual icebreaker games to get to know my students, but this year I felt I had to do something more substantial,” White wrote. “I started the school year by taking some time to get to know each student personally. I asked how they were feeling about the upcoming year, the world, our society … But still, this didn’t seem enough. I felt I needed to dedicate sufficient classroom time to help my students explore their own identities and those of their classmates. So instead of doing my typical Introduction to Health lesson this year, I developed a new one that encouraged students to examine how identity affects our place in society and how society affects how we express our identity.”

“We then discussed the most common identity characteristics, including gender, race, ethnicity, religion, sexual orientation, disability, class, birthplace, and spoken languages,” White wrote. “I explained that these groupings can go deeper than surface level. We talked about the difference between race and ethnicity, for example, and that gender is not always binary. It was amazing to see kids’ eyes light up when they felt free to comfortably engage in an all-class conversation.”

But critics argue Isle of Wight’s equity lens is influenced by Critical Race Theory, a decades-old higher-education discipline that argues American law and institutions have perpetuated social, economic and political inequalities among minority groups. Critics call the concept “divisive” and say it has the potential to set Black and white students against each other.

Thornton defended his June statement after equity opponents pointed to Smithfield High School’s “Read Woke” challenge as evidence to the contrary. “Woke” is a slang term for an awareness of injustice, particularly racism, in society. The challenge, which is also ungraded, began in November 2020 and involves encouraging students to read social justice-themed books available at the school’s library.

“We do not have a curriculum or required reading on Critical Race Theory,” Thornton said after critics took issue with the Read Woke challenge. “Some parents have their own opinions of books that we may have in our Library as qualifying as teaching CRT, but we do not agree with their interpretation of the materials.”

Windsor parent Jason Maresh had written to Thornton and members of Isle of Wight County’s School Board on Aug. 29, arguing the Read Woke challenge was “moving to CRT at the student level.” In a Sept. 20 email to School Board members, he argues the GTMS assignment is further evidence of this.

“In my opinion, asking students to reflect on their own personal identities and then having students consider how their identity may or may not relate to perceived social issues (see handout), is in fact introducing the critical race ideology into the classroom,” Maresh wrote. 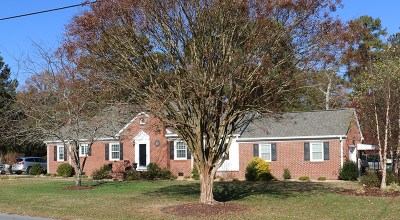